After a bit of fiddling with outputting large volumes of code from the game to the website, I managed to cobble together a map which pulls data directly from each tile on a planet and displays it as a 4x4 pixel block with a color respective of it's biome. The map doesn't have a key but you've gotta walk before you can run.

Who said text-based games couldn't be pretty? If you want to have a look for yourself, the planet list is available in the Guides section of Wayfar1444.com, and each planet is listed and linked to their respective pages. 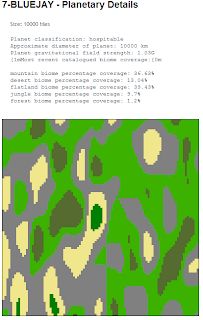 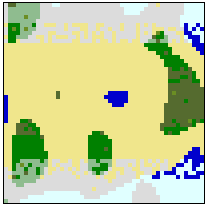 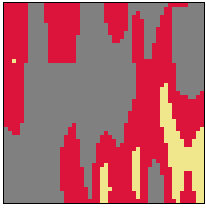 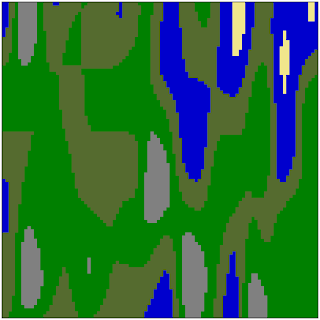 And back to the regular updates:
- A few more biomes (can't have enough of those).
- Multi-tile driving is now possible (and recommended).
- More work on NPC faction capabilities and their (still kinda stupid) AI.
- An important events logbook in the Guides section of the website, displaying interesting information such as abundances of shortfalls of trade goods, collapse of factions, the slaying of horrid monsters/world bosses and the likes. All of these reports are also reported on everyone's favorite trash TV channel SensiVision.
- Much more info is now displayed when viewing a player on the website, such as their first connection time, their currently equipped armor and weapons as well as whether they're a member of, or even a leader of a faction. (Faction web info has yet to come but it'll come soon).

Given that I've been dabbling in the web client (it's only managed to connect to the socket.io on wayfar1444.com once, but hey), you might even get some fancy dev screenshots/previews involving a (more simple) 5x5 or 7x7 map of surrounding tiles when on a planet surface.
Keep tuned folks, plenty more to come.
Posted by Unknown at 3:26 PM