* harvestor buildings implemented thanks to Aphtonites
* fixed up seating and furniture
* wrote several help files
* crafting buildings (garage, factory, space complex) now come with the appropriate workbenches
* all robot attacks now have messages, and some minor fixes to the machine arenas
* the flash client command reference is no longer in Portuguese! Speaking of, it is a nice client called hMud and you can get it here: http://debomud.org/hmud/ - I tried several others before I found one that printed the ASCII maps correctly.
* A flavor vidja game for the sleazy bucket.  This one is based on Alastor aka Alastor Starkiller's REAL LIFE:

This elementary wisdom was been dispensed for the good of all.  If you want to make a MOO, this must be your first truth:

The hellcore is the trimmed, fixed version of the utilities and systems used on HellMOO and Wayfar.  It is a world of difference from most of the stock cores available online.  The wizards at hellmoo.org have released this very useful (if you're making a MOO) database for free: 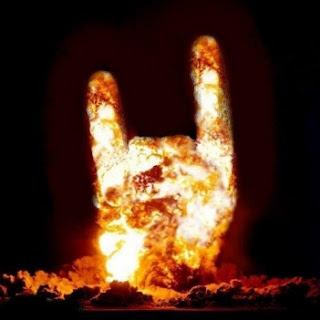 Hell yeah you say!  Me too, so as a bonus, here is an offer for free MUD hosting: Amazon AWS Free Tier.  What more can I do!

One of the useful hellcore features is $api, which lets you apply certain properties and functions to an item without having a long chain of object parents, even for disparate activities.  When you get settled in with the hellcore, I've posted my MXP $api below.  Nearly painless clickables B)

I wanted to do a post on which things were from what source in Wayfar and their various benefits.

* NPC conversations.  HellMOO has an excellent system with highlighting, good syntax, and lots of callbacks for scripting interesting responses.
* Mail, channels, issue_lists, and several $db and util objects.
* The low level $damage and $drug objects - damage and drug both offer good systems for those uses.  I added a second tier of $damage to differentiate between small arms and starship/tank fire.
* The low level $decal object, although this not currently used in Wayfar it is a neat little object that you can do a lot of immersion building stuff with.

Systems modified heavily but based on HellMOO:

* The $job object (questing/achievements).  The basic job offered the functionality, and I extended and modified it to grant appropriate rewards for WY.
* Actors/Heartbeats.  On Wayfar this code is on an $api so that objects are not required to be a child of the HellMOO $actor object.  This could be useful for heartbeating spaceships or vehicles that host an AI, or are otherwise "thinking" or sentient.
* The web server and associated utilities.  This was I believe originally written outside of HellMOO to begin with.  I extended this with IRC and some other specialty capabilities.
* The MXP utilities.  This was partially implemented on HellMOO, but I re-implemented it as an API and sent the proper codes to get MXP working with MushClient.  It is available from the google code repository: http://code.google.com/p/modular-moocode/
* $room, $creature, and $player - although I have trimmed a lot of these down and written new code for the things you do in Wayfar, there is still quite a bit of HellMOO code on these objects.  Handy for reference at a minimum.
* $actions.move, socials - $actions.move is HellMOO code and still handles moving between rooms using $exit objects.  Socials, checkpoint messages, and various features are still in use or have been re-implemented by friendly Hellmins.

Original Wayfar systems:
* Planets and all other solar objects
* Items, divided into the categories of $material, $component, and $product
* Buildings, vehicles, interior blueprint system
* Combat and skill objects
* Crafting, research, experiment, and improvise systems
* Any $action objects not listed in the modified system (around ~100 so far)
* Anything else not mentioned, eg all of the elements screenshotted in the dev album: http://imgur.com/a/Ij56F

* comedynet, com*edy added, for real time jokes and japes
* mailing list for japes etc
* buildings can be dismantled by their owners
* vehicles can be sold to the planetary markets
* added racetrack interior skeleton
* added alcohol 8)
* added several new items for use in improvisation
* Improvisation implemented for survival items (this will most likely phase out the campfire and some basic tool recipes).  This also makes the base crafting skill useful for non crafters: 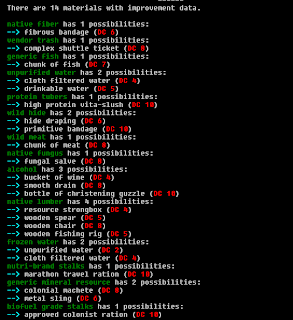 
* filled out several blank descriptions
* all crafting tools, with the exception of stationary workstations, now use the menu interface for selecting materials:

* implemented the perlin in biome population for planets (thanks broseidon for implementing this in the server originally, and thanks to eazy and jed for explaining it like 50 times): 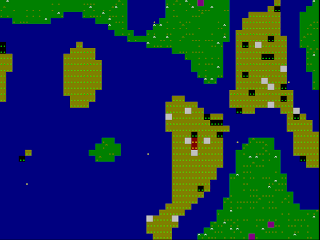 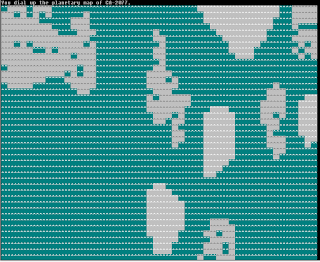 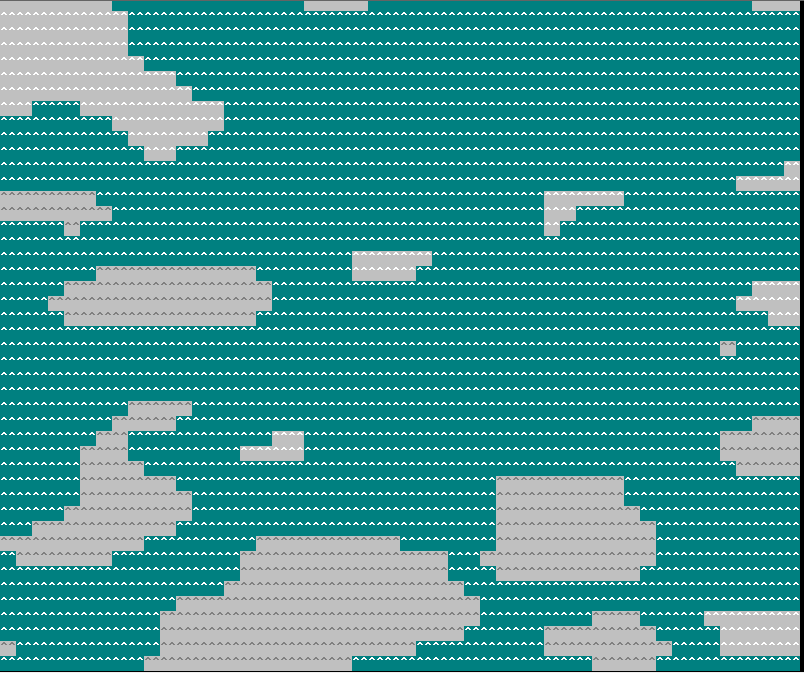 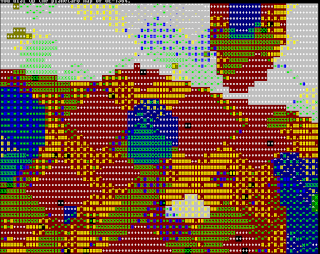 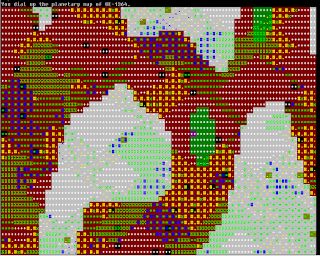 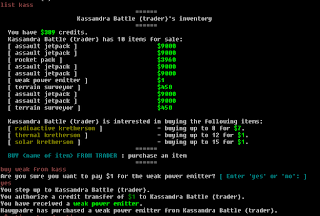 *  $actions.loot will now behave appropriately if an item to be looted is physically on the corpse (instead of spawning a  new copy)
*  added generic content dropping corpse(#27045)
- can be used for any creature's .corpse_type and will attempt to drop a creature's contents by rolling 100 vs the creature's non zero :inventory_drop_chance()
*  trader: http://i.imgur.com/C0OlD.png
*  added $actions.buy (args[2] = {item, source}).  It sanity checks item location and available credits.
*  made tweaks to $product:die and $thing:die for SAFETY
*  added $worldgen:random_human_name - pass it a gender as an optional first argument
Posted by swampdog at 9:46 AM

Asteroid mining.  Still some polishing to do but looking good, thanks to Aphtonites who scripted it up in the first place.  I'll have a bigger update soon, after various fixes and changes in preparation for the next solar system generation are complete.