Server side, best side 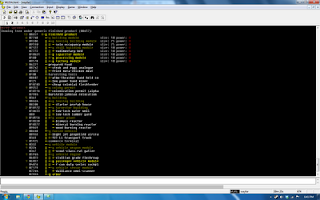 The server side stores all the data, which it can produce in either telnet text, or xml form (via special moocodes).

The game can also be played directly as a telnet MOO/MUD, by typing commands directly. The client gives the best of both worlds by allowing direct typing as well as handy shortcut keys for important things. 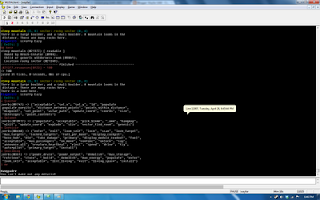 A big part of Wayfar 1444 is procedural world, item, and creature generation. A big fan of procedural generation ever since Dwarf Fortress came out and blew my mind, I would best define it as: a set of codes to generate your game. What this boils down to is tons and tons of custom scripting to give the game the feeling somebody actually designed it, or that it would occur naturally via believable in game processes.

Associated with the procedural generation is cycling natural events, artificial intelligence for creatures and robots, wildlife and so forth.
Posted by swampdog at 4:54 PM