Alright boys and gals, it's been a while since anything new's been up on here and as a result the updates have been piling up ready for publishing. Here goes:

- NPC pilot routines are now functional, applications for these routines are in the works.
- Civilians are no longer randomly aggressive towards their colony owner, or any members of the faction that owns their center (if a faction owns it).
- Faction reputation mechanics are now in place, even non-aggressive NPC factions will attack you on sight if you're below a threshold reputation (-1000 across the board right now), and aggressive ones won't attack you unprovoked (and less aggressive ones will be more forgiving) if you're above the upper threshold (1000 across the board.). All faction chapters under each name will handle the same reputations respectively, negative reputation also decays over time.
- Faction reputation tasks are now in place, the delivery task is available at the contract office which should be present next to each NPC faction's sector center. This task requires you to deliver an otherwise useless quest item to a certain member of the faction for rep and cash, if your rep overflows above the upper limit (5000) the overflowed amount is multiplied by five and added to the cash reward.
- Killing an NPC faction's members and destroying their buildings will reduce your reputation and likely make them aggressive towards you.
- Discounts at NPC faction owned shops for people with high positive reputation are in the works.
- The travel command is fully serialized and now relies on coordinates instead of room objects, all the AI processes (a LOT of processes, mind you) I had tied the travel command into have been changed as a result. Some features of travel have been polished to handle invalid or no input better.
- Several new NPC-constructed buildings including pawnbrokers, pharmacies and more.

- Gas giants and fuel scoops to harvest fuel from gas giants are now working, there's no gas giants in the current four systems but when the universe is exploded and reborn there will certainly be some.
- Dust cloud zones containing various materials in the form of coalesced bodies of dust are also working but not currently present.
- Numerous updates to starmaps including new symbols to account for new solar bodies and an updating mechanism which can account for the (relatively) rapid turnover of asteroids and gas/dust clouds, as well as any changes in solar systems.
- Solar system generation routines are much more flexible and allow for hugely variable solar system biomes
- Moon and planet hibernation routines are now more flexible when new planets or moons are introduced.
- Two new moon dungeon types, containing all-new hackable containers and stuff.
- The planet maps on the wayfar1444.com website such as that for FROG-1322 are now much more efficient and will load faster now.

- Several models of pre-made modular starship are in the works.
- A handful of new drugs, including a broad-spectrum vaccine for common alien diseases and three drugs for increasing dice pool and dice regeneration of each type of dice.
- Several new other medical items, including two new medical kits containing previously unused items and a coagulant injector for quickly reducing bleeding.
- A few new robot types.
- A new swimming/drowning mechanic in which you are allowed to spend roughly 180 seconds swimming in an ocean before beginning to drown. You will receive progressively higher damage when drowning for prolonged periods until it outdamages any possible healing. Wearing diving gear will maintain your swimming stamina until the gear is used up.
- Various updates to flavor items.
- Several descriptions of creatures and items amended.
- Trophies and trophy cabinets have been reworked and several new trophies are available.
- Refining processors now announce to their containing room when people add things, mass-add things and when they are finished processing.
- NPC indoor pathfinding is now more refined and NPCs no longer freak out or get stuck (as much).
- Slot machines (the house always wins)!

Oh and I made a tutorial/chargen too.

I didn't even document most of the more trivial bug fixes and changes, and I still need new wrists after writing this.
Keep tuned folks, there's more to come. 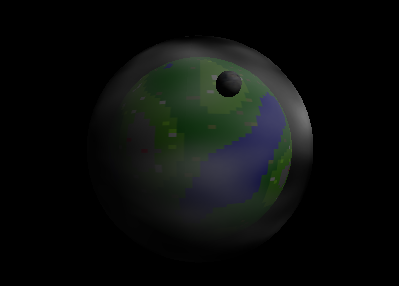 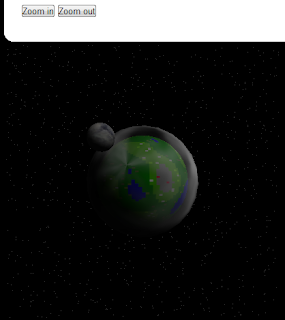 Background stars and zooming function?!
Posted by Unknown at 1:37 PM